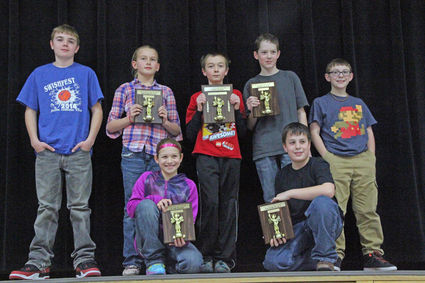 Saco Public School held their Spelling Bee last Wednesday and after 13-rounds of spelling, Daeson Salveson, a fifth grade student, was crowned champion of the school.

"The words we did in practice during class seemed a little bit harder than the words we just spelled," Salveson said. "I got a few of those wrong, but none of these."

Salveson was one of 14 Saco students, grades five through eight, to take part in the school's contest. On the same day, but earlier, Dodson Public Schools held their spelling bee and Malta held theirs in late January (Whitewater will be holding their bee today,...