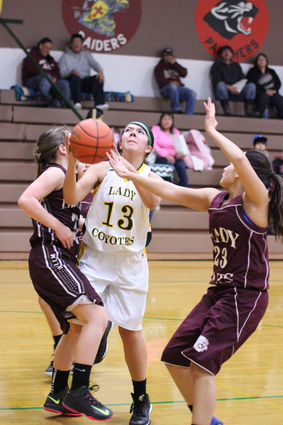 Janessa Henry set a school record against the Harlem JV Wildcats. In a performance that won't likely be broken soon she had a quadruple double with 43 points, 12 steals, 12 defensive rebounds and 11 assists.

"It's nice to see the kids be able to get the running clock while having so much fun," Dodson Head Coach Brandy Hunter told the PCN noting that the team never backed down even with a 20 point lead.

Janessa had the greatest single performance that Phillips County has seen in a while.

"I didn't even know I scored 43 points. I was just focused," Senior guard Janessa Henry told the PCN after...