Swim Team gears up for Post-Season 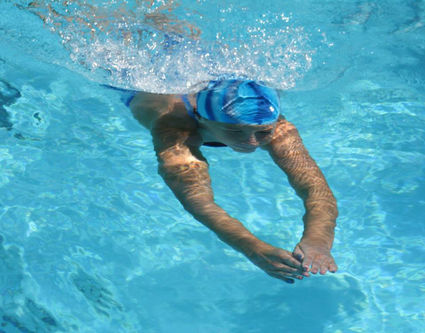 Malta Junior girl swimmer Kayla Judd swims at the Lewistown meet earlier in the season. Results and story on 2B.

The Malta Swim Team has only one more meet before Divisionals and for having so few swimmers in the pool, the team has done well and they have been improving weekly.

This was apparent at the swim meet in Scobey last Saturday and Sunday as most of the nine swimmer present saw their times drop during events.

"They have a brand new pool, brand new facility that looks great," he said. "I think it was a fast pool, at least our swimmers swam fast. We had a good day on Saturday and made improvements on Sunday with faster ties than the day before."

"She's probably one of our more consistent swimmers week in and week out," Coach Lynn said. 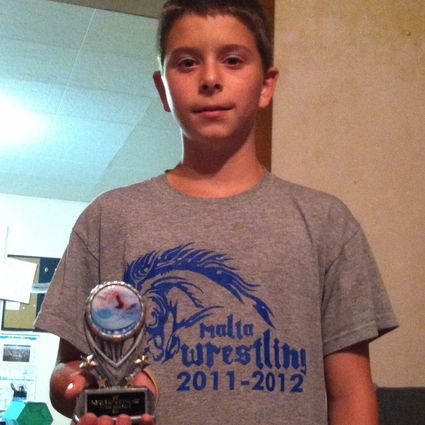 On June 28, 2015 Darrow Messerly achieved a 4 year goal--he received a High Point Trophy at the Glendive Swim Meet. He placed first in all 3 of his events: 50 Free, Breast stroke & backstroke.

"A lot of them dropped time," Coach Lynn said. "We had a lot of personal bests this past weekend, so the hard practices are paying off."

As the team gears up for the divisional and state meets, Coach Lynn and his team plans to step things up in practices to "peak" at the right time as the year comes to a close.

The team knows that the last regular season meet this weekend will be a heavily populated meet.