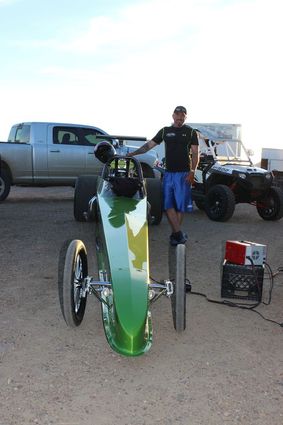 Belgrade's Chad Robertson stands by his wife Lisa's dragster, which he has raced with all season. His original dragster is receiving a fuel injection system.

Other Sunday winners were: