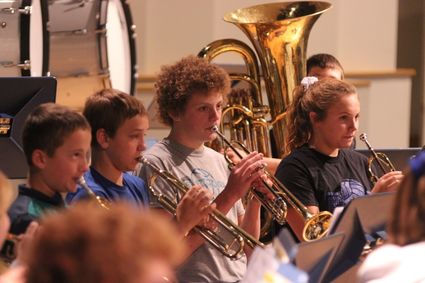 Around fifty citizens of Phillips County showed up to be serenaded by music from the Malta Middle School seventh and eighth-grade band at the Malta High School Auditorium last Tuesday, October 16.

The concert was the first of it's kind, and the concert allowed the seventh and eighth-grade band to play musical numbers that they have been learning during the first quarter of the school year.

"They are just learning so fast and are playing these really cool pieces so well already, so I wanted to play and so did they," Malta Band Director Erik Engebretson said of the band during the event.