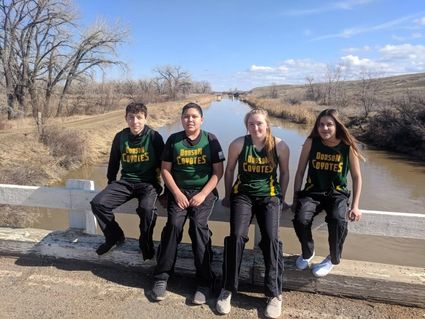 The Dodson Track Team has five athletes listed this season, and the team is already off to a better start than they were last season, according to Head Coach Tianna Bloomer.

"We have been able to be outside this past week," Dodson Head Coach Tianna Bloomer said.

Last season all track teams in Phillips County we unable to get on to their respective tracks due to a slow snow melt in 2018. Though teams still were delayed in going outside Coach Bloomer was appreciative that the team was able to practice outside days before the team attended the Scottie Invitational on Saturday, March 30.