Arve Harold Christofferson, 91, long-time resident of Bozeman, Montana, died April 4, 2019, in Rochester, Minn., surrounded by his family. He trusted Jesus Christ as his Savior, loved and prayed for his family, and served God as a missionary and pastor for many years.

He was born July 27, 1927, to Harold and Ovedia (Solberg) Christofferson in Malta, Mont., who had homesteaded in the Bennet Lake community. He was raised on his dad's wheat and cattle farm 18 miles south of Malta. His family attended church at Immanuel Lutheran Church in that community and later Elim Lutheran Church in Malta. He looks back at many years of hearing God's precious Word, both at services held in the church and the reading of Scripture and prayer each morning in family devotions before school and work.

He attended elementary school in the Gunhus School in that community and High School in Malta. After high school, he worked for Safeway Stores in Malta and then attended Lutheran Brethren Schools in Fergus Falls. These were years of spiritual struggle and conviction of sin. He attended the Bible Course at Lutheran Brethren Seminary in Fergus Falls, Minn., and college at Seattle Pacific College in Seattle, Wash. He graduated from Seminary in 1952, and from Seattle Pacific College in 1956.

After graduation from Seminary, he served Bethany Lutheran Church in Staten Island, N.Y., for two years and Rock of Ages Lutheran Church in Seattle, Wash., for one year. He was united in marriage to Marilyn Elaine Undheim, of Malta in September 1956, and was ordained into the ministry in November 1956. He and his wife, Marilyn, sailed from Seattle to the mission field in Taiwan in September 1957, where they attended language school and then lived and served the Lord in several counties in Taiwan, including Hsin-chu, Miaoli, Chung-li, and Taipei counties. They served in Taiwan until 1970. After returning from Taiwan, they served as church planters, helping establish Yellowstone Lutheran Brethren Church in Billings, Mont., and later a Home Mission work in Bozeman, Mont. They moved to Bozeman in 1972, where they were involved in Home Mission outreach until 1987. During these years Arve worked as a carpenter in the Bozeman area, as well as building three homes with his family.

They moved to Washington when the economy worsened, where they lived for ten years in Everett, Wash., where he had employment in construction. They returned to Bozeman in May of 2000. In January 2019, they moved to the Rochester, Minn., area. 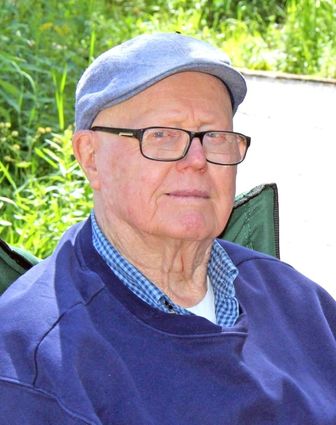 If desired, memorials may be directed to Cy's Place (cysplace.org).