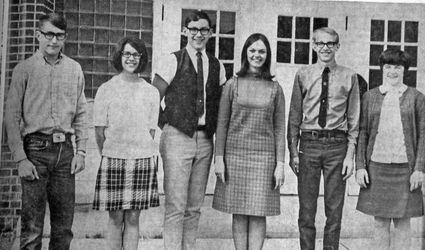 Mr. and Mrs. Frank Schwartz were recent arrivals from Minnesota. They had filed on a homestead on Assiniboine Creek.

A great shortage of farm labor was reported throughout the county with most farmers trying to get their crops in single-handed.

J.M. Brayton, Andrew Tweedie, and Herb Stucke had taken civil service examinations at Glasgow for the position of postmaster at Malta.

Robert Wylder and Myrtle Monroe of the North Bench were married at the home of Rev. Kiracofe at Lovejoy.

Among those who received naturalization pap...