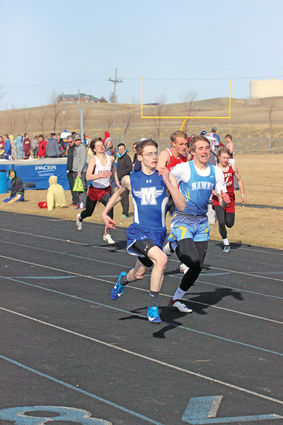 The Easter holiday weekend has come and gone but prior to the various egg hunts, the Malta Track teams participated in the Fergus Twilight meet in Lewistown.

Fort Benton won the women's meet with a total of 171 points. Fergus was seond with 121, Malta took third with 82, Choteau was fourth with 32.5, Winnett-Grass Range took fifth and had 31.5.

The M-ettes were led by sophomore Erica Smith who took first place in t...