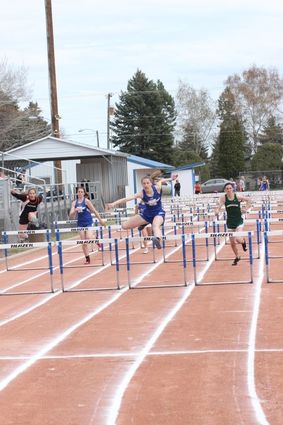 The Malta M-ettes won five events on their way to winning the Malta Athletic Club Track and Field Invitational held in Malta on Tuesday, April 23.

The team had a total of 114.5 points. Havre had a total of 78 points, earning them second place. third was Chinook with 62, Whitewater was fourth with 46, Winnett-Grass Range was fifth with 41 points, and Hinsdale was sixth with 25.

"Our team has been doing really good," Sophomore Erica Smith said. "We have a lot of people that have grown a lot since the beginning of the season."

The team was led by Smith who won triple jump and long jump with ma...