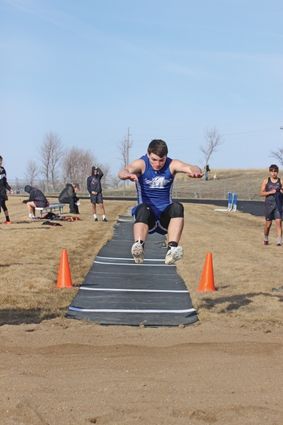 Malta freshman Rex Williamson participates in the long jump at an earlier meet.

Malta was one of 28 schools that were represented in the North-East Top 10 Invitational track meet in Glasgow on Tuesday, April 30.

The Mustangs placed in 13 of their 17 entries, while the M-ettes placed five of their nine entries.

Smith posted a new personal best of 41-10 in triple jump, a leap that is over a foot-and-a-half further than the 40-1.5 best that he posted last season.