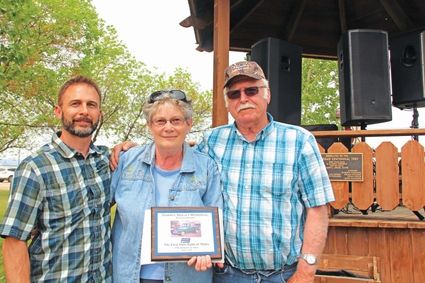 A 1950 Dodge Power Wagon rumbled down Malta's S 1st Street East, into the 17th Annual Malta's First State Bank Car Show, and stole the hearts and imaginations of the crowd on hand for the event last Saturday.

Scott Dobson is a Malta High School graduate of the Class of 1991 and currently lives in Dallas, Texas, where he is a petroleum engineer. About six years ago, after the passing of some family members who used to run Dobson Motors in Malta, Scott was lucky enough to obtain the old, green, Power Wagon, originally owned by his grandfather, Pete Dobson (who was also the Mayor of Malta from...