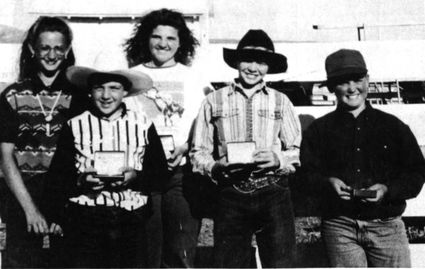 Earl Lusby returned from Plentywood where he was employed in a garage.

Miss Frazier Hould was the honored guest at a linen shower.

•••Jack Mabee, manager of the Havre Stampede Association, planned to bring a new three-passenger plane down for the War Veterans convention in Malta, June 30-July 1.

Monday, June 23 was the hottest day of the season so far with a reading of 97 degrees.

Milk River was very low. Had it not been for water from St. Mary's River the stream would have been dry.

Joe Hocking was up from Glasgow wi...