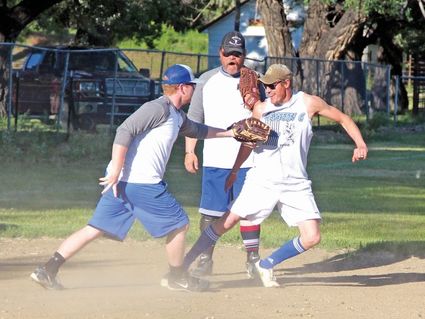 Just two weeks into the 2019 Malta Parks and Rec Men's Softball season sees the four teams right where they started 14 days ago ... everyone tied for first.

The four teams comprising the Men's League this year are Where My Pitches At? (WMPA?), Phillips County Insurance (PCI), Heavy Hitters, and The Goon Squad. The league is in its second season and was started after the Co-ed Softball season of 2017 when there were so many interested players that a new league was formed for men only in 2018 (as of last Tuesday night, it also looks like there will be two Women's Softball teams forming their...