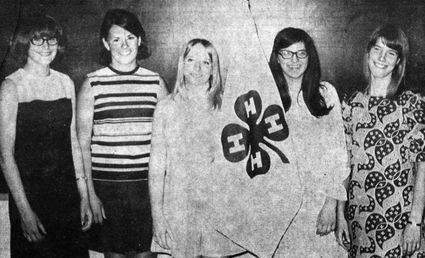 Phillips County Russian Thistle crop is being touted as the latest thing in greens and they were being recommended for canning for winter use at a canning demonstration held locally.

John A. Tressler had returned from Helena predicting a Republican victory.

Zortman had entertained returning servicemen at a big dance and rodeo.

A freight train backed into the Lyman Austin car at the east crossing when the family was starting for home after attending the veteran's convention. The car was filled with people. It was demolished but only one little girl was slightly injured.

Dick Thompson returned from war service in France. He served as a bugler.

Twenty-five years ago this week, to be exact on June 30 and July 1, Malta was host to the first state convention of World War I veterans. The story of the convention as carried in the news columns of the old Malta Enterprise is a complete account of the program and barbecue.

Several thousand people partook of the barbequed dinner at Trafton Park and at 2 o'clock the crowd gathered at the ballpark expecting a game between Malta and Glasgow, but on account of No. 2 being delayed the Glasgow team did not arrive and a bucking contest was put forward.

The delayed baseball game was played in the evenings, the score being three to one in favor of Malta. The Wolf Point and Havre bands furnished music throughout the convention and both evening three dances kept those so inclined busy.

On Sale at Ken's Thriftway

Who is "Ocas Phil The Duck Bill?"

That's Phillips County's very own dinosaur Duck-Bill are busy trying to raise money to find a permanent home for the Hadrosaur (Duck-Bill) dinosaur being unearthed at a site located on BLM land in southern Phillips County. The dinosaur's remains would become the focal point of a new and extended Phillips County Museum if all goes as planned. 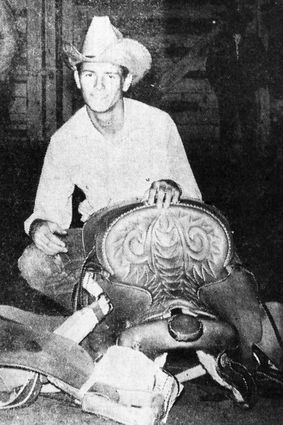 Question: Do you think the USA will survive another 100 years?

Leo DePuydt: Definitely but, not without some moral changes.

Debbie Hammond: Well, I hope so, but, I worry a lot about the trend away from family. I think that's what holds things together.

The Sundance Kid (Harry Alonzo Longbaugh), one of the most famous and colorful outlaws in the history of the American West, will be portrayed by Dan Thyer who is the Living History of Montana Coordinator for the Montana Heritage Commission and accompanying the Kid Curry(Harvey Logan) enacted by Bob Simpson at the Phillips County Museum on July 11.