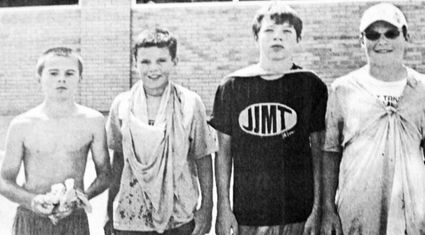 Many of the worst holes in the Malta streets had been filled in with cinders by Street Commissioner J.F. Vert.

The first shipment of livestock by the Phillips County Marketing Association was scheduled for August 20, with a second on September 5. Guy Mead of Freewater was manger.

One patent was issued to the Ruby Gulch Mining Co. of Zortman for the Whitcomb No. 1 lode mining claim of 16.604 acres and the Whitcomb No. 1 mill site of five acres. Both are in township 25 north, range 25 east. Phillips County.

Staff Sergeant Glen. W. Lake, 22, so of Mr. and Mrs. Herman E. Lake of Loring, Mont., now serving as a gunner on a B-24 Liberator, has been awarded the Air Medal, according to the 15th AAF in Italy.

Sgt. Lake went to Italy last February. In this time he has flown 16 combat missions. He has seen action over France, Italy, Germany, Austria, Hungary, Romania, and Yugoslavia.

A watermelon patch to stay away from

A grim-faced farmer who appeared at a hardware store in Ponca City, Okla., for his ration of shotgun ammunition admitted it was the first time he had bought shells.

On the OPA form, under purpose which the ammunition was needed, he wrote: "To keep people out of my watermelon patch."

Herman William Green, son of Mr. and Mrs. Henry Green of South Wagner, was wounded in action on July 5, in Italy, according to the War Department.

Green was inducted from Malta on May 11, 1943. He is 20 years old and attended the South Wagner School prior to his army service.

County population shows decrease of 727 since 1960

The University of Montana Bureau of Business and Economic Research at Missoula recently completed a report entitled population for Montana Counties as of July 1, 1968.

The bureau report estimates the growth and decline of population in Montana since 1960.

Phillips County was one of those showing a decrease. Its population was estimated at 5,300, down 727 since 1960.

'We have nowhere else to go'

Why does the County Refuse District haul its garbage to Valley County?

Because 'we have nowhere else to go' is how one member of the district board put it Monday night in a public meeting held to explain Refuse District policy.

Will the Refuse District eventually agree to haul its garbage to the new City of Malta landfill after its licensing is complete? 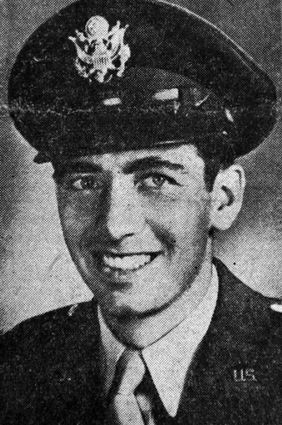 Second Lieut. Mason Janes, son of Mrs. Lou Proctor of Portland, Ore., and brother of Lonnie Janes, of Malta, was a prisoner of war in Germany. He was previously reported missing in action as of June 9. PCN 1944.

"If the fee is fair and if the landfill is safe I don't ... think anybody here would have a problem with it," responded Refuse Board member Ralph Korman of Saco to just that question.

Question: What do you think of the marriage of Lisa Marie Presley to Michael Jackson?

Bean Simanton: I think it's great! I wish people would leave them alone - give them a little privacy.

Lisa Day: I think they are people of the world ... so it isn't surprising.

Christine Adams: I don't care. They got married - and it's fine with me.

Hope Speakthunder: My opinion is that there is something behind it.