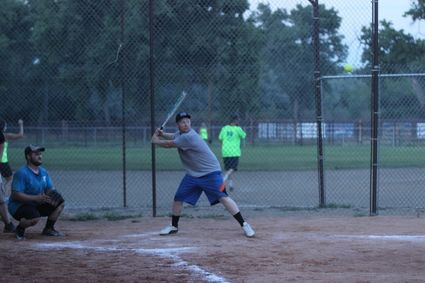 Kyle Boos prepares to hit what would be a fence clearing home run during a softball game.

The softball fields in Trafton Park saw plenty of action on Monday, July 22, and Tuesday, July 23, as teams in the Malta Parks and Recreation Co-Ed Softball Leagues played 12 games.

Tuesday proved to be a da...