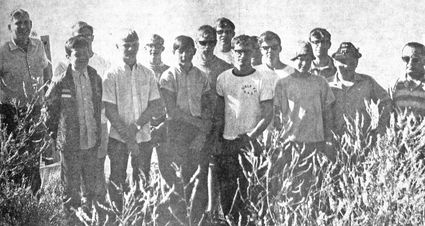 A special election had been called for September 2, to decide upon a location of a courthouse and jail. Two sites had been offered and feelings were running high concerning the selection. R.M. Trafton had offered a complete block at the "west edge of town," the present site, and a group of businessmen were offering six lots at the corner of Fifth Avenue and Survant Street (where the Woman's Club is now located.)

The Fifth Avenue Dining Room was opened to the public by Manager Wheat.