There will be a family and friends gathering on Friday, August 16, at 7 p.m. in the back room of Stretch's in Malta, Mont. His memorial service will be Saturday, August 17, at 2 p.m. in Loring, Mont. In lieu of flowers, memorials may be made to the Loring Volunteer Fire or Loring Hall. Condolences may be left at http://www.kirkwoodfuneralhome.com.

Justin LeRoy Lucas was born April 2, 1982 in Malta, Mont., to Charles and Ann (Johannesen) Lucas. He began school in Malta and graduated from Whitehall High School in 2000. He attended Helena College of Technology, graduating in 2002, receiving degrees in Diesel Mechanics and Automotive Technology. He began working at Triangle Pipeline Company in 2003, buying the company with his uncles in 2005. While working and owning Triangle Pipeline Co, he worked in Montana, South Dakota, North Dakota, Wyoming, and Nebraska where he met and helped many folks. 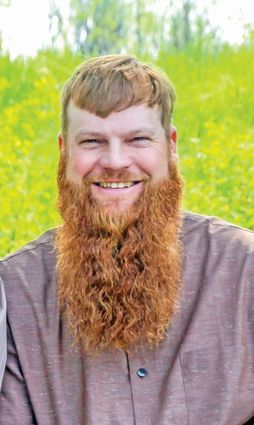 In 2014, he began dating Mindy. They enjoyed hiking, camping, making memories, and going on new adventures together. They welcomed their daughter in 2017; she was the light of his life. He relished being a father and cherished every moment with her. Justin enjoyed working on Cobblestone Ranch, being with family and friends, being a father to his daughter and a partner to Mindy. He was always willing to lend a helping hand. He was a great father, son, brother, nephew, and friend.

He is survived by the love of his life, Mindy Perdue, and beloved daughter Justice, both of Whitewater, Mont .; father Charles Lucas of Whitehall, Mont .; brothers Jason Lucas of Mooresville, Ind., and James Lucas of Billings, Mont .; sister Kaylyn Lucas of Montana, nephew Orion Lucas and niece Aurora Lucas, both of Mooresville, Ind .; grandfather Iver Johannesen of Loring, Mont., and numerous aunts, uncles, cousins, and friends.