Local teacher bikes for a cause 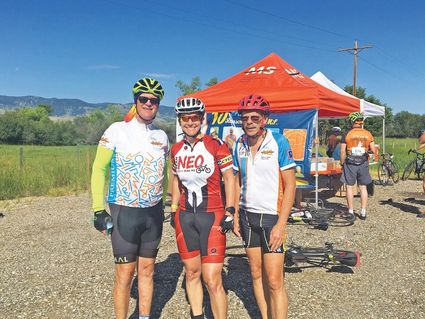 Erik Engebretson stands with Nicole Odell (Team NEO) and Joe during the 100 Mile Day of the Bike MS event in Sheridan, Wyo. on Saturday, August 10.

If you have ever seen Malta Public School's Music Teacher Erik Engebretson cruising around town, chances are he isn't just getting from point A to point B in Malta.

As it turns out Engebretson has been participating in long distance bicycle fundraisers since 2014. This summer he was able to participate in three of four rides, a couple of which are fundraisers.

Engebretson's first long ride is called the Cascade 66, which occurred on Saturday, June 15. According to the event's website...