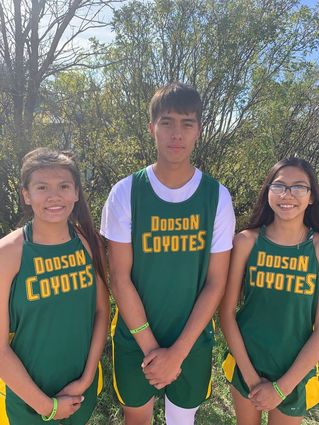 The 2019 Track & Field season marks the end of the Dodson-Whitewater Harriers Co-operative. The Dodson Coyotes will feature four runners this season and one returning runner.

Corbin LoneBear is the team's lone returner from the 2018 season, though Melony Fetter had run with the team in 2017 and with the Harlem Wildcats in 2018.

The team will be without Natacha Doney, who had been assistant coach for the Harriers over the last few years.

The team also lost Caleb Ditmar to graduation. Ditmar was tragically killed in a vehicle...