Dodson pioneer named to the Cowboy Hall of Fame 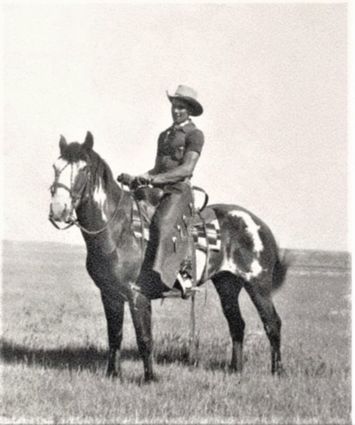 Benjamin F. Stevens, above, entered the Montana Territory in 1880 and married Rosalie Ereaux - the daughter of Curley and Pipe Woman Ereaux - in 1893. The couple (right) were instrumental in the development of the Dodson Community.

Benjamin F. Stevens was born in Iowa in 1862. That same year the Montana Territory was experiencing the discovery of gold and the establishment of the Homestead Act. These events would shape the State of Montana and inspire Benjamin's fascination with the western frontier.

After reaching the age of seventeen, "Ben" imagined Montana would provide more excitement and better opportunities. He began making his way westward with several of his own horses and engaged in the freighting business with Pennel & Roberts. En route, they passed by multiple herds of bison. Ben hunted buffalo to s...