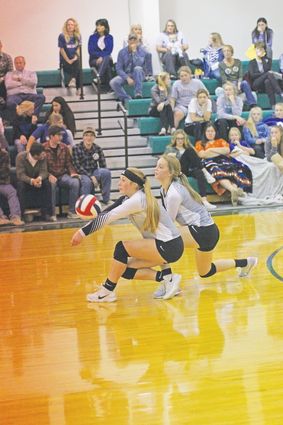 The North Country Mavericks and Malta M-ettes volleyball teams squared off for the second time this season on Tuesday, October 1, at the Penguin Palace in Whitewater.

The Mavericks were led by Kaitlyn McColly who had ten of the team's 30 kills and the team's lone block. Kia Wasson had 36 of the Maverick's 36 digs. Danika Soper had 13 of North Country's 25 assists. Jaycee Erickson four of the team's nine aces.

The M-ettes were led by Carly Garfield, who had five of...