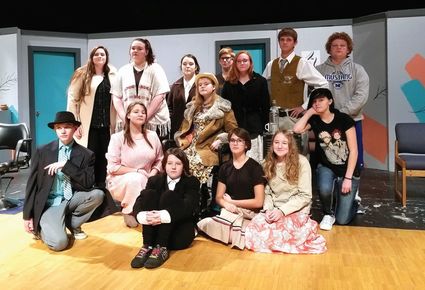 The Malta High School Auditorium became the scene for "A New Style of Murder," a play that featured blow dryers, hair spray, gossip and a tale that had the crowd wondering whodunnit?

"I was really happy with the way everything turned out," MHS Theatre and Art Teacher Anna LaBrie told the PCN. "Everyone had their best performances during the shows on Monday and Tuesday and I felt like they were finally having fun with their characters."

The play was set in Lilac Junction at Cassie and Dee Nolan's (Ashlynn Morser...