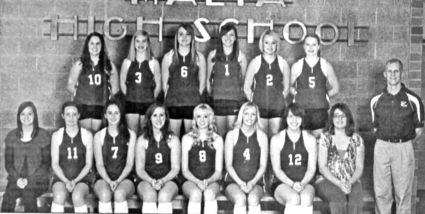 Richard Aldrin lost a thumb and received a serious eye injury when a shotgun accidentally discharged.

Bowdoin Lake was frozen over to the disappointment of the duck hunters.

A marriage license was issued here to Jacob Rudd and Miss Signe Carlson, both of Malta.

A farewell surprise party was held at the L.C. Edwards home in honor of Henrietta and Essie Battram.

A fire was extinguished in the rear of the Arcade Meat Market. Buildings on the entire block were in danger for a period.

William Driver had returned from service overseas. Enroute to Montana he stopped in Minnesota where he was married. Mr. and Mrs. Driver plan to make their home on a farm south of Malta.

Leon Reed had greatly improved the appearance of his shop on Front Street in preparation for the Christmas season.

A married people's dancing club was organized and the first of a series of Saturday night dances was held at the Oddfellows Hall.

Gay Sterns of Whitewater was serving on the aircraft carrier "Princeton" in the recent big-scale naval battle in the Phillips archipelago. Relatives in Phillips County have received no word concerning him since the battle.

Enlistment to two Malta women in the Waves at the Navy recruiting state headquarters in Helena was reported by Chief Petty Officer Dan Colton, Navy recruiter for this area.

Battle Wounds are fatal to Williams

Prior to his induction into the Army, He had engaged in farming with his brother, Francis B. Williams of Landusky, and had been employed by the Little Ben Mining Company there. He was 26 years old.

Neighbors and relative surprised the Howard Barnard family last week with a potluck dinner. They also brought loads of feed to replenish the feed supply the family lost in a fire in mid-October. About 50 people attended and the evening was spent visiting and playing cards. The Barnards lost about 200 tons of hay in the fire.

The Malta Mustangs will play the Florence Falcons Saturday at 1 p.m. here after advancing to the quarterfinals with a 34-20 win over the Cut Bank Wolves.

The Mustangs wracked-up 381 yards of offense, T.J. Wasson running for 190 yards on 21 carries and three touchdowns; Donnie Kaufman picked up 121 yards on 17 carries with one score, and Mike Morris had 59 yards on 12 totes. 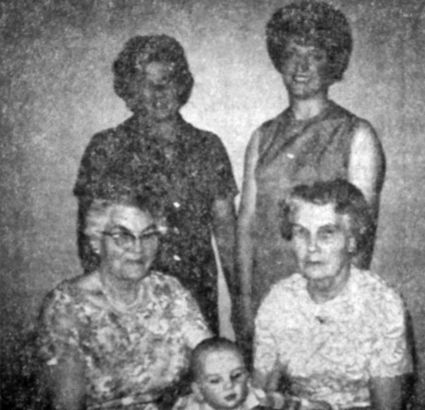