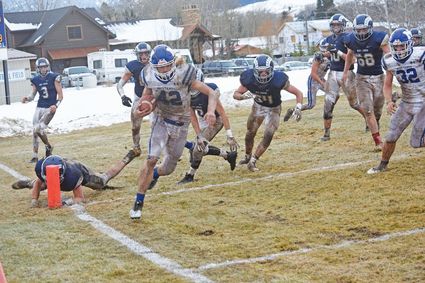 The 2019 campaign ended for the Malta Mustangs football team in Red Lodge, as they fell 35-6 to the undefeated Red Lodge Rams on Saturday, November 9.

The Mustangs reached the quarterfinal game against the Rams after defeating the Jefferson Panthers 26-7 in the opening round of the State B Football Playoffs on Saturday, November 2.

After a successful 8-2 season, that ended with Malta ranked seventh in the state, Malta Head Coach Nick Oxarart reflected on his first season back at the helm.

"I enjoyed coaching these guys and I am very proud of the success we had this season," Coach Oxarart sa...