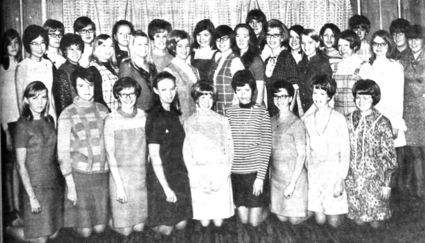 St. Mary's Epicopal Guild was presenting a play in the cast of which were the following persons who are still residents of Phillips County: Jack Sullican, Mr. and Mrs. H. S. Whitcomb, and Miss Millie Caves (Mrs. Everett Stubblefield.)

This girls in the domestic class in Malta High School served a breakfast in the domestic science room. Gladys Hoverson was hostess and Marguerite Gagen was on the decorating committee.

The Malta Commercial Club was planning the development of a huge skating rink for the recreation of local youngsters and grown-up skaters.

Mr. and Mrs. Ezra Ereaux entertained 45 guests at a skating party and supper at their homes near Dodson.

The Phillips County had been divided into eight highway and road districts with headquarters at Malta, Dodson, Wagner, Bowdoin, Whitewater, Lovejoy, Content, and Zortman. A meeting of the chairman of each district has been called to complete the organization.

Arthur Newton, technician fifth grade, was killed in action in Southern France on October 28, according to information to relatives in Malta from the War Department states.

Corporal Newton had been in France since the invasion and had served in Italy, Sicily, North Africa, and Tunisia, in the two years he had been with overseas forces.

Corporal Newton was born at Saco, April 21, 1913. He attended Saco Schools and made his home with his brother, Vic Newton, for a number of years prior to his enlistment. He is survived by six brothers, Victor and Leslie of Malta, Howard of South Wagner, Vern of Saco, Louis of Potlatch, Idaho, and Earl of Portland, Ore.

Ptv. Herman W. Green, rifleman of Wagner, is fighting with the 6th Armored Infantry Battalion, Veteran Combat Unit of the 1st Armored Division, now pushing the Germans back on the Fifth Army front in Northern Italy.

"Rusty," Carol Hanson's registered Airdale dog, who was enlisted in the canine corps two years ago, arrived home during the past week with an honorable discharge.

"Rusty" underwent two months of "reconditioning" to make his return to civilian life easier for all concerned. Hanson says the dog appeared to know the family and appears satisfied to return to his old routine. The dog was shipped from Fort Robinson, Kan., but no information concerning his army duties has been received.

Staff Sgt. John E. Andrews, former Phillips County resident, has been missing in action over Burma, since October 18, relatives in Phillips County have been informed by the War Department.

Sgt. Andrews had served in the air corps since October 5, 1942, and had seen action on the far eastern front over a period of months.

He was born near Caldwell in the northern part of Phillips County and attended the school there.

An investigation by Sheriff Pete Messerly and Game Warden Jay Haveman into the accidental shooting of Gene Peigneux on October 26 has been closed. The decision was that Peigneux was shot by a stray bullet from an unknown rifle and in no way implicated the two boys, Gene and his brother Larry, who was with him at the time of the accident. 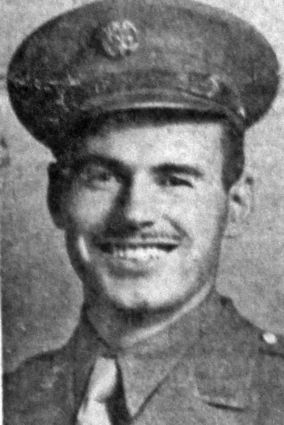 Sgt. John Andrews has been reported missing over Burma while on an air mission on October 18.

Wallace "Wally" Doney, 24, Fort Belknap, was sentenced to a total of 10 years in the Montana State Prison recently in District Court for assaulting a Dodson bar owner.

The charges stem from an April incident in which Doney cracked bar owner Bud Phillips along the side of the head with a pool cue, knocking him out, and then left with an undisclosed amount of money. A charge of robbery was dropped in exchange for the plea deal for the assault.

Just as they had hoped at the outset, dragstrip racing in Malta is proving to be big business - and good for business.

Averaging 68 units per race event at an average of $400 per unit, which is considered low, Phillips County Motorsports officials estimate that $554,000 was poured into the local economy and surrounding areas.