Dodson and North Country face each other 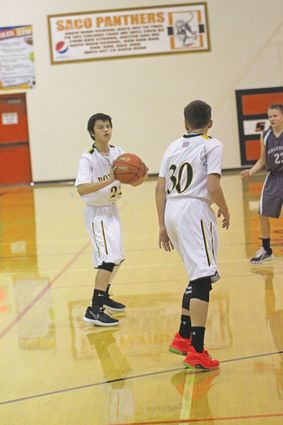 The event eventually saw two Phillips County boys squads pitted against each other as the two-time defending 3C Champion Dodson Coyotes and North Country Mavericks squared off in the semi-finals. The game, which featured teams making only 11 of their combined 41 points, ended with a score of 19-18 in favor of the Coyotes who would go on to their third championship in three seasons.