Third and fourth @ Parks and Rec 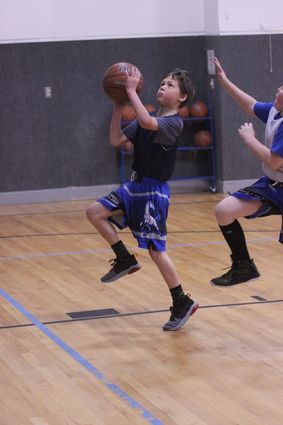 Lane Spencer drives to the hoop for a layup.

The Malta Parks and Recreation Youth Basketball league featured a gymnasium full of kids, their parents, and spectators last Tuesday, November 26, at the Malta City Hall.

Teams met in their usual leagues, with the Navy and Royal third-fourth grade squads facing each other. Navy would win the clash, capitalizing on great defense and fast break scoring.

The Navy and Royal teams were third and fourth grade teams chosen a couple of weeks ago. The PCN caught up with Regan Stuart and Jace Tollefson of the Navy team, and Dax Math of the Royal team.

Tollefson was asked what the key to their victory...