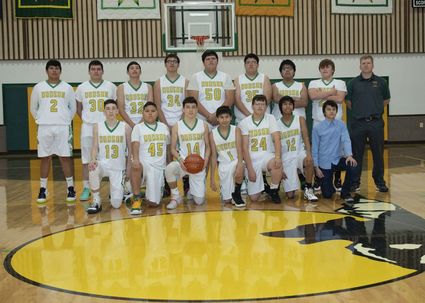 The Dodson Coyotes Basketball team made history last season, winning their first divisional tournament game since 1966, according to Dodson Public Schools. The team was 17-7.

This season, the team that consists of 17 athletes, who hope to improve on their 2018-19 stint, in which the team earned hardware at the district tournament, taking home third. The Coyotes did so at the expense of North Country, who they defeated 58-50 in the consolation finals.