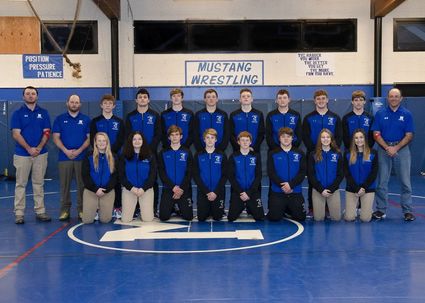 The Malta Wrestling Team is under the watching eye of newly hired coach Steve French, who led Malta into a wrestling event for the first time since 1995.

Coach French described what his first weekend as a Mustang Coach in over 20 years was like in Havre last Friday and Saturday.

"It went about how I expected," Coach French said. "I knew that our technique wasn't going to be smooth. But for the most part, I enjoyed the effort from the kids, and I was pretty happy with it."

Coach French knows that the team has a lot to work on, but he isn't alone. This year, he will be coaching alongside assi...