On December 14th, 2019, Donald Elton Watts left us to be with the Lord. He was preceded in death by his parents, Everett and Alice Watts, his brother Jim, and grandson Rhett.

Don was born on April 25, 1949 in Wolf Point, Mont. He attended grade school in Oswego and Glasgow before the family moved to Malta in 1962. He graduated from Malta High School in 1967. Spending his summers in Kremlin working on Uncle Tuff's farm doing everything from driving combine to picking rock. Through the years he worked as a farmer, taxidermist, outfitter, logger, miner, carpenter, truck driver, pipe layer, and carpet installer in Montana, Colorado, Alaska and Tennessee.

He enjoyed hunting, fishing, boating or anything that took him outdoors. He shot his first pheasant when he was 11 years old in the company of brother, Jim. Boating and fishing with friends at Nelson and Fourchette were a perfect day for Don. His appreciation for what the land had to offer grew through his lifetime which caused him to become a great steward of the land.

He was an artisan in making wine and horseradish. Everyone enjoyed sampling the wine, the horseradish was beyond comparison – HOT! Don was renowned at Cousins' Camp for his fish fry and also for his steadfast oversight of the Lodge.

Don delighted his mother when he announced he became a member of the Masons 12 years ago. He treasured his relationships with the members of the Masons and served as the Worshipful Master during 2015-16. 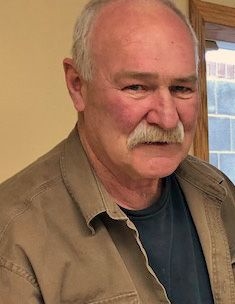 Don was a kind person loved by everyone and will be missed. Celebration of Life will be held on April 25, 2020 at 1 p.m. at the Masonic Hall in Malta, Mont., with a reception to follow at the Tin Cup.