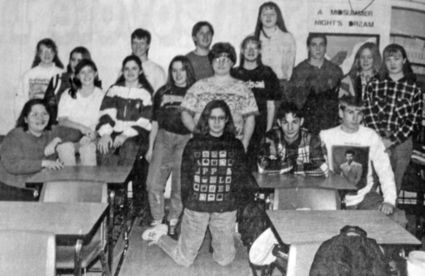 Charles Ross was named chairman of the board of County Commissioners for the ensuing year.

Attorney B. P. Sandlie of Saco was in Malta for the purpose of announcing his candidacy for County Attorney on the Republican ticket.

Mrs. Cora Watson had been visiting friends in the Lovejoy community.

Georgia Tressler and Etta Stearns were again enrolled in the Malta High School.

F. W. Stine had purchased the barber shop in the Pass Time.

R. L. Campbell was a candidate for the office of County Treasurer on the Republican ticket.

Kenneth Murray had undergone an operation at theGreat Falls hospital.

C. M. Porter had announced that he would seek reelection to the office of Clerk of Court on the Republican ticket.

Loren Wood and Altha Linquist were married at the bride's home in Malta. Wood had been employed in the Clerk and Recorder's Office and the bride was employed at the First National Bank.

Physically fit men under 30 to be called

Stubborn Nazi determination to fight to the finish and unexpected speed in getting to grips with the Japanese, lie back of the demand for tighter manpower controls, War Secretary Stimson said last week.

"If the needs of the armies at the front are to be met, there seems to be no escape from calling into the armed services during this year, substantially all physically fit men below 30 years of age from factory, farm, and government."

Three actions stopped production of civilian ammunition and conserving stocks for essential uses were announced by the WPB officials as it moved to meet suddenly increased military requirements for small arms ammunition.

A modern gas-fired ovencapable of turning out 150 loaves of bread every half hour was installed at the Malta Bakery on Sunday. About 600 loaves of bread in addition to rolls, pastries, and cakes make up the average daily output at the bakery.

The Saco Panthers took undisputed first place in District 3-C basketball competition by defeating Hinsdale and Dodson over the weekend. The victories were secured without the services of forwards Brian Depuydt and Wayne Stahl who both remain on the injured list.

Rocky Tollefson took scoring honors for both teams with 24 points in the Hinsdale victory and against Dodson Dale Hanson scored a game-high 38. John Wilke led the Coyotes in the loss, scoring a team-high 15.

Malta Mayor George Hoynes reported that he was still receiving complaints of dogs running loose in the City, but councilmen reported that they had not been contacted by complainers.

It was agreed that the dog situation is much better than before, but there is still not 100-percent compliance with the new ordinance. City Clerk Dixon Grant reported that one 1970 dog tag had been purchased thus far this year after an ordinance requiring dog owners to purchase tags was passed last year (a total of 140 tags were purchased in 1969.)

St. Mary's Student of the Week

The St. Mary's Student of the Month for January is kindergarten student Jordan Hould who is in the class taught by Elaine Stannebein. He is the son of Jeff and Lorie Hould and Jordan likes riding his horse and eating meatballs and gravy. 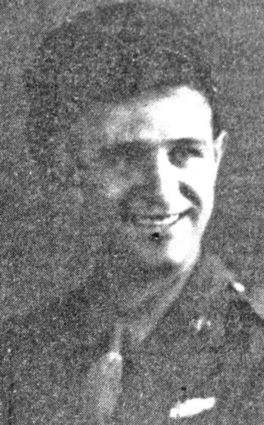 A memorial service consisting of a requiem high mass and the American Legion memorial rites was held at the Dodson Catholic Church on Monday for Cpl. Tom Appelhans who was killed in Italy on December 19.

Question: If you could pass any law you wanted to, what would it be?

Don Voegel: I wouldn't pass one. I'd repeal the laws that allows abortion.

Misty Eklund: I would pass a law to abolish curfew.

Paul Kunze: I'd like to pass a law to bring a simple flat tax. With one fell swoop, we could simplify everyone's life.

Jennifer Petrie: I'd pass a law that we only have school on Saturday and Sunday.

Two workers put the finishing touches on the Phillips County Courthouse restoration project by preparing to reinstall the refurbished brass doors on the front of the building on Monday. The doors have been burnished to their original brass color and each one weighs approximately 200 pounds.