Mustangs lose close one to Shelby 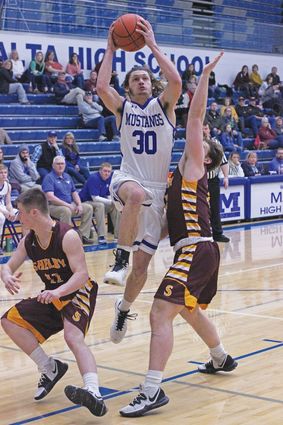 The team welcomed back Tanner Smith last week. Smith had ten in Malta's loss to Shelby.

The Malta Mustangs Basketball team stopped their three-game losing streak with a win over Glasgow last Thursday in Glasgow.

In addition to their win over Glasgow, Malta competed well with the Shelby Coyotes, who defeated the Mustangs 60-50 in Malta on Saturday night.

"I thought there were a lot of positives out there," Malta Head Coach David Costin said of his team's effort against Shelby.

He had also noticed that there were times that his team needed to be more aggressive on the floor, specifically in the paint. Something that the team did not do initially.