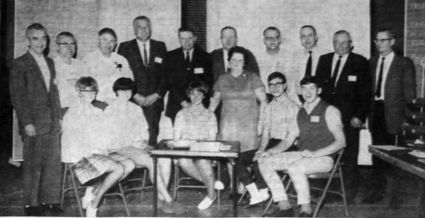 A district court term has been called for the first part of February. Criminal cases on the calendar include a charge of maiming horses, two grand larcenies, and an arson case.

Rolefield was the name chosen for a new post office located near Horseshow Lake in the north country.

R.V. Tucker was a Republican candidate for reelection to the office of county coroner.

The temperature dropped to 43 degrees below zero on January 22.

The Malta Mercantile Store was undergoing repairs and alterations.

Fred L. Robinson had been discharged from a Minne...