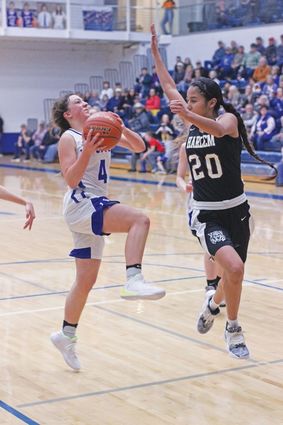 The Malta M-ettes picked up a big win on Friday night in Malta, defeating the previously undefeated Harlem LadyCats 49-40 in the Malta High School Gymnasium.

"We just worked very hard and hustled for everything," M-ette guard Erica Smith told the PCN. "We knew we wanted this very bad, so we had to get it."

The M-ettes also defeated the Poplar Indians 50-31 in Poplar last Saturday, January 25, earning their first sweep of the season.

The M-ettes will have their hands full this weekend as the team is scheduled to face the Wolf Point Lady Wolves in Wolf Point on Thursday, January 30, at 5:30 p...