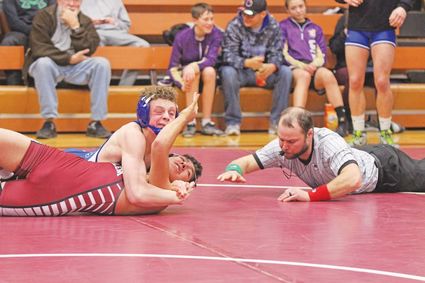 Camryn Mears gets a pin despite his opponent getting a forearm in his face.

The Malta Wrestling team had a strong showing at the Harlem Wildcat Invitational at Harlem High School last Saturday, January 25, taking third amongst the 11 teams present.

The Malta wrestlers also went to the Chinook Mixer on Friday, January 24, in Chinook.

Malta senior Callan Mears shared what he loves the most about the...