Installation of officers from 1970 was the order of business for the Malta Toastmasters Club in a recent meeting. Laurin Bruckner, right, retiring president of the club, was the installing officer and is shown presenting the gavel to the new president, Lloyd Knudsen. Other officers from the left are Hal Vosen, sergeant-at-arms; Rev. Leonard Bergstrom, secretary-treasurer; Frederick Mavencamp, administrative vice president, and Walt Haynes, educational vice president.

Nail Smith had sold his interest in the Arcade Meat Market to Charles Hayden.

The First National Bank had moved into the newly decorated building at the corner of Fifth Avenue and Front Street and had one of the best bank buildings in northern Montana.

A poultry house and 50 hens were lost in a fire at the R. V. Tucker residence.

George Tout had resigned as editor of the Malta Call.

Citizens of Dodson were reported to be forming a company to finance an oil exploration company.

Malta man is member of a famous railway battalion

"Stringing out" isn't an official army phrase, but that's precisely what the 713th Railway Operation is doing ever since it arrived overseas two years ago.

Memorial services for Lt. Edward A. Thompson, son of Mr. and Mrs. W. E. Thompson of Malta, who was killed in a plane crash in France on Dec. 18, will be held at St. Mary's Episcopal Church on February 14.

Mr. and Mrs. Thompson have been informed that their son was buried in Belgium. He was a pilot of a B-26 Marauder and had completed more than 16 missions over enemy occupied Europe.

Woodrow Hamilton is missing in France

Pvt. Woodrow Hamilton, husband of Mrs. Agnes Hamilton of Malta, has been missing in action in France since Nov. 23, 1944, according to information received by Mrs. Hamilton last Thursday.

Pvt. Hamilton was serving in the infantry and has been in France since July. He was inducted into the army from Malta in March, 1942, and went overseas last May.

Surprise shower is given for Mrs. Taylor

A surprise stork shower was given on Jan. 31 at the home of Mrs. George Taylor for Mrs. Hugh R. Taylor.

The Malta Mustangs won their 15th and 16th victories over the weekend as the basketball season entered its last month of place before the district tournament.

The Mustangs hosted and beat Chinook on Friday before beating the Chester Coyotes 79-60 on Saturday.

Leading scorer in the win over the Sugarbeeters for the Mustangs was Craig Stiles with 24. In The Chester win, Duane Walker netted a game-high 25 and Stiles again went for 24.

Albus filed a homestead in Phillips County in 1913 and moved to the farm northeast of Saco in 1927 where he lived until retiring and moving to Saco in 1946.

Saco Student leaders get to visit with Gov.

Two students at the Saco High School recently had the privilege to visit the state capitol.

Jennifer Stahl and Nathan Kluck are State Officers for the Technology Student Association. They were invited to Helena for a luncheon with area representative, senators, and officers from the other State Vocational Student Organizations before going to the Governor's office and meeting with Montana Governor Marc Racicot.

Question: Do you have any hopes that Congress will ever balance the national budget? 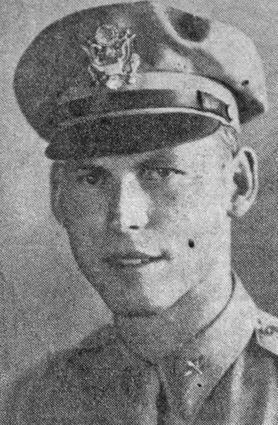 Malta's Lt. Edward Thompson was killed in action in Europe. See 75 years ago.

Mildred Nylander: If they haven't done It by now, it will be a long time before they do."

Gary Knudsen: Not in my lifetime!

Bill Wiebe: Sure, I have hopes! I just have doubts that they ever will.

Mildred Undheim: I hope so but, it will take a long time.

Lady Panthers stretch streak to 14; boys off to district fray

The Saco-Whitewater girls stretched their winning streak to 14 last week. The sixth-ranked Panthers haven't felt defeat since a 64-48 loss to Fairview last December.