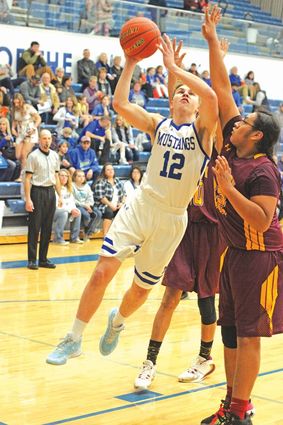 Things were not looking too good for the Malta Mustangs in their game against the Rocky Boy Northern Stars during the first half, but the team overcame an 18-point deficit to win 42-39 in Malta.

"We just played more aggressively in the second half than we did in the first," Malta senior and team captain Ben Costin said. "We didn't have enough effort. We didn't go after the 50-50 balls at first, but then we wanted to win."

"It feels really good," senior captain Tanner Smith said. "I think we should start the train from here and keep it rolling, going...