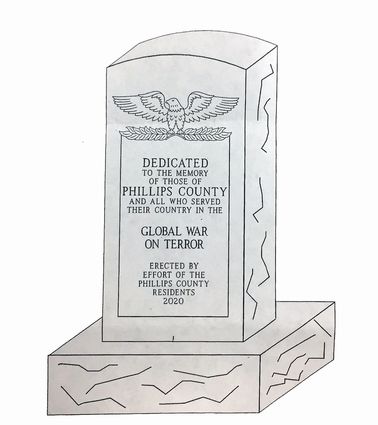 The sixth, and final, memorial marker to be installed at Veteran's Memorial Park in downtown Malta got the City's Approval for placement last week.

Two monuments that tip a cap to Phillips County's past and that will likely outlive anyone reading this story were discussed at the last Malta City Council Meeting.

During the Public Comment portion of the Tuesday, February 11 Malta City Council Meeting, Charlie Stevens of the Malta Sons of the American Legion and Malta American Legion Post #57 Commander Vince Schmoeckel as well as Jane Ereaux and Kay Hould from the Phillips County Historical Society spoke to the Council members and Mayor John Demarais on updates on projects they are working on.