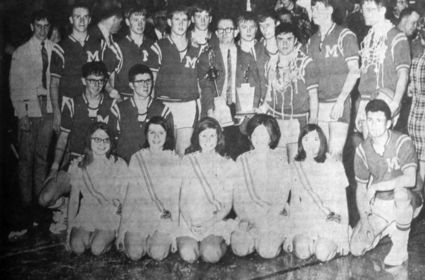 The Malta High School basketball team upset tournament hope by defeating a strong Havre aggregation in the second game of the tournament. Glasgow, however, defeated Malta for the title.

Frank Bossuot of Havre was down with plans for a new jail building for Phillips County.

Mrs. J. F. Kilduff had returned from a Woman's Club meeting at...