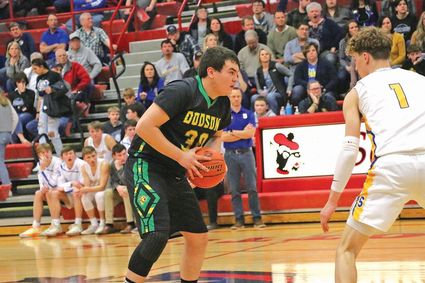 The Dodson Coyotes are headed to the Eastern C Divisional for the second straight year, this team as the 3C District's second seeded team.

The Coyotes defeated the Lustre Christian Lions 75-56 in the semifinals of the 3C Tourney last Thursday, February 20, in Glasgow, a win that qualified Dodson for the Eastern C this weekend in Glasgow. The Coyotes went on to lose the 3C Title game to Scobey. The score was 53-37.