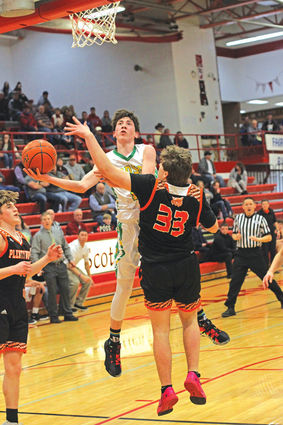 The Dodson Coyotes have made history by winning the school's first Boy's Divisional trophy since 1966.

The Coyotes did so by going 3-1 at the 2020 Eastern C Divisional tournament in Glasgow last week and defeating the Froid-Lake Redhawks 53-50 in the consolation finals on Saturday, February 29.

Last season, the team won it's first divisional game since 1966 and this season the team passed the next milestone, showing growth.

"They grew because we played as a team and bonded more," Coach Frank Benson said. "Their fundamentals are also better. They pass with two hands, played way better defens...