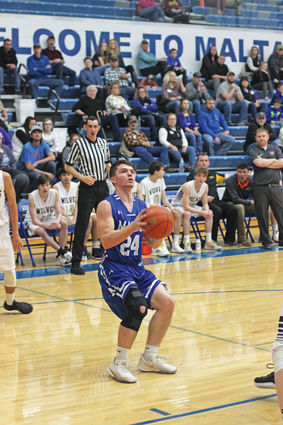 Malta welcomed back point guard Rex Williamson during the Northern B Divisional.

Despite entering the Northern B Divisional as the third seed of District 2B, the Mustangs were the last 2B team standing last Saturday evening in Malta.

The Mustangs went 2-2 at the tournament and were 10 points shy of punching a ticket to the State B Tournament later in March.

"We finished the year well and it was definitely our best weekend of basketball and that's all you can ask for," Malta Head Coach David Costin said. "I am proud of the kids. It was a good effort. We did not lack effort."

The Fairfield Eagles defeated the Shelby Coyotes 54-34 in the Northern B Championship last Saturd...