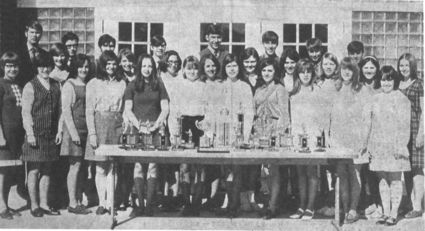 W. G. Schneider, F. C. Perry, H. S. Whitcomb, Burt Moylan, B. H. Koke, and E. A. Gronback had formed a corporation known as the Fur Specialty Farm. The new enterprise was capitalized at $100,000. It was planned to breed a certain species of fur bearing rabbits. A building on Front Street was to be used to house the rabbits.

Harry Conser was elected president of the Milk River Rod and Gun Club. H. M. Kirton was elected secretary, and Joe Hocking of Glasgow was a new director.

The trustees of the school district were advertising for bids on the constructio...