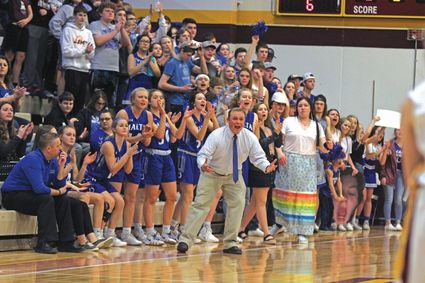 Coach Hammond and Malta's bench celebrates a basket made during the Northern B Divisional Tournament.

The M-ettes will have their hands full this week as they head to Butte for the 2020 State Class B Girls' Basketball Tournament. The tournament will be played alongside the Boys' tournament this week starting Thursday, March 12, and concluding on Saturday, March 14.