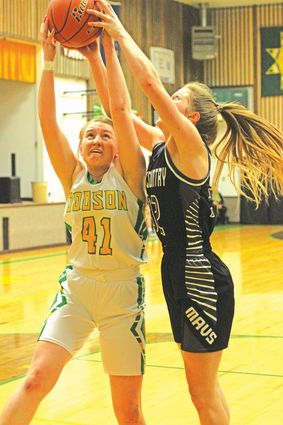 Christina Jaynes (#41) was named to the 3C All-Conference list. Photo by Pierre Bibbs.

The Lady Coyotes landed a pair of familiar faces on this year's District 3C All-Conference list.

Senior Christina Jaynes and junior Melony Fetter were both named to the 2020 All-Conference team. Jaynes also earned a spot on the five-person Defensive team.

"Melony Fetter was a great leader during practice," C...