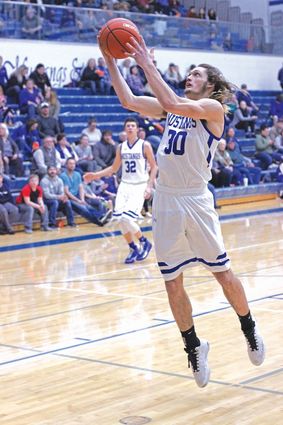 Tanner Smith was named to the 2020 All-State team in the 2B District. Photo by Pierre Bibbs.

The 2019-20 season may not have ended in the state tournament for Malta, but the Mustangs basketball team fought hard and ended their season fourth in the division.

This all occurred in lieu of a season plagued with injuries.

"We were always battling something," Malta Head Coach David Costin said. "When Tanner Smith came back, and then Rex Williamson came back there was always another injury. We battled illness all year."

Prior to the team's last two games, Malta lost Connor Tuss to a knee injury in warmups.

Despite the setbacks, this year's Mustang team was led by a pair of seniors that we...