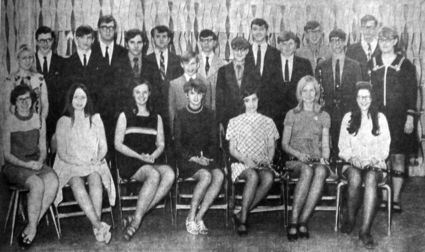 The Phillips County Marketing Association held its second annual meeting. It was estimated the association had saved the members $6,000 in the past year. George DeFlyer was president, Evelyn Zabell, secretary, and other members of the board of directors were V.E. Misner and Frank Schempp.

Lars Sobo, Harb homesteader, dies at his home after a long illness.

H. M. Kirton of Malta was a candidate for delegate to the republican national convention.

A daughter was born to Mr. and Mrs. Henry Baeth.

The marriage of Ms. Margaret Kirton and Emil Brohlin w...