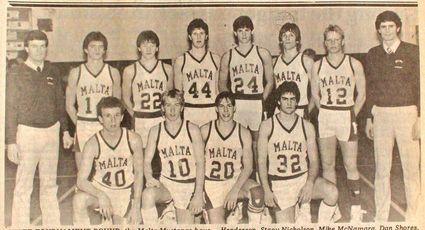 Since the 1971 State B Championship, the Malta Mustangs have won eight titles in eight attempts.

A few weeks ago, the Phillips County News caught up with former Malta Mustang basketball head coach Mike Woodman, who coached Malta to the 1985 State B Championship. This week, the PCN reached out to Mike McNamara (who was a senior), Brian Henderson (who was a junior), and Brant Young (who was a senior); a trio of players that were on the team that won the State B title that year in the infamous triple-overtime win over the Browning Indians.

That year, both McNamara and Henderson were named to t...